We went for an integration trip to….Jordan!

An IT company is not only about software and coding. There is also time for integration!

This year for an integration trip we chose Jordan. It’s not very close to Poland but we simply wanted to do something extraordinary together. See more exotic and unknown things.

Let me tell you a bit more.

We are a team of 9 people, and we are dedicated to Atlassian implementations and support. We wanted to spend some quality time talking about future ideas for Almarise. And also to be together since most of us work remotely. 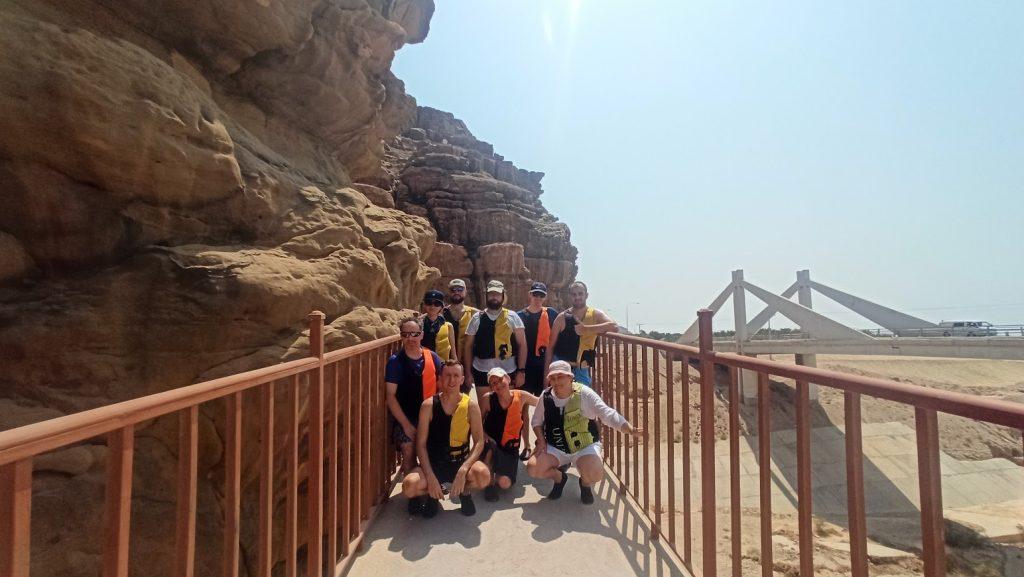 We took a flight from Warsaw to Amman on Friday morning. It was in early September so the weather in Poland was quite chilling. We arrived in Amman, rented a car, and went to our hotel, where we were resting for a couple of hours. Because the weather was sooooo hot! In the afternoon we went for a guided city trip to Amman. We got to know some history of the place, traditions, and important places, and we tried some awesome food. Do you know that in Amman there has been a tea bag competition? You would throw tea bags to the ceiling and those whose tea bag doesn’t fall – win! :D 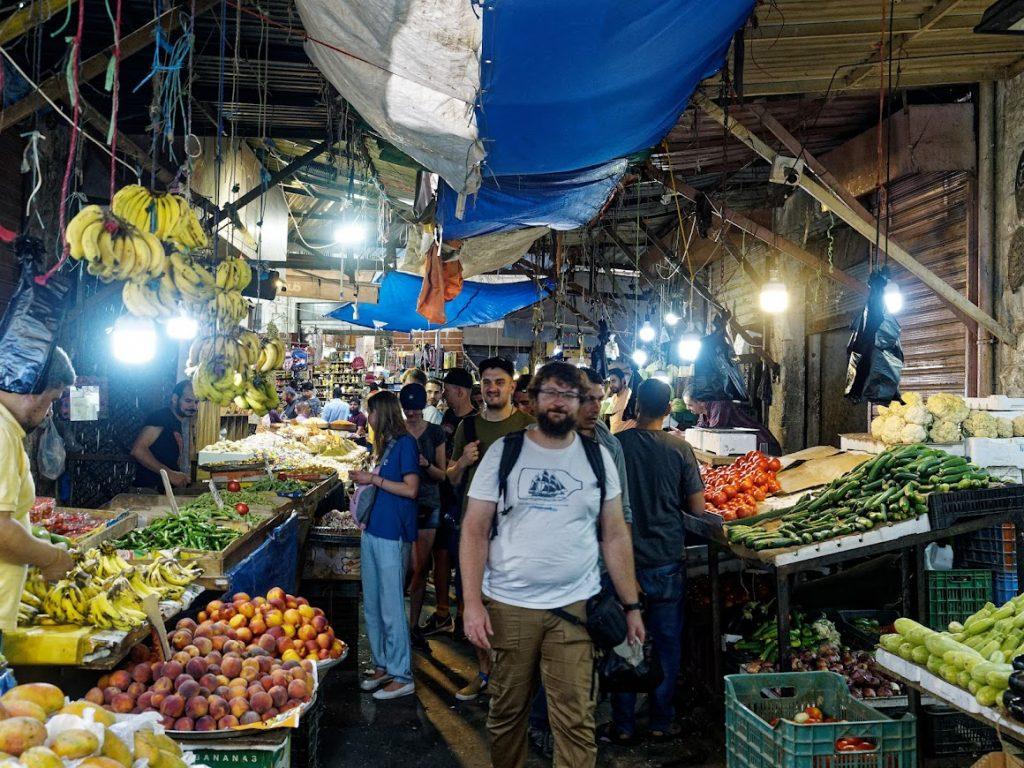 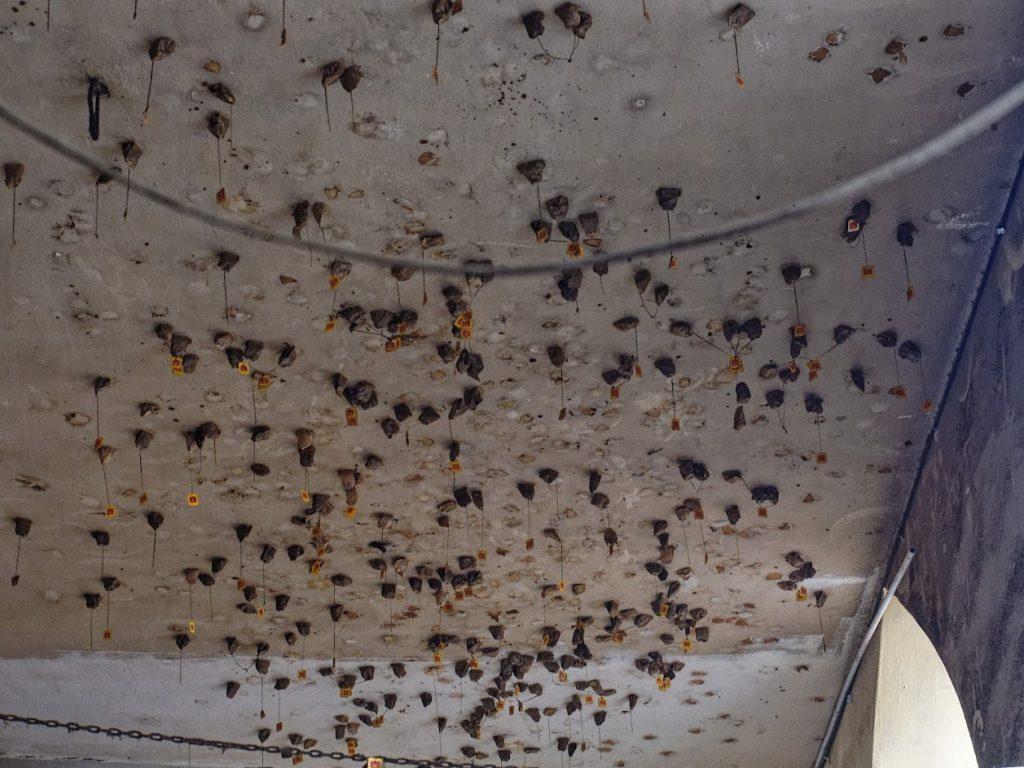 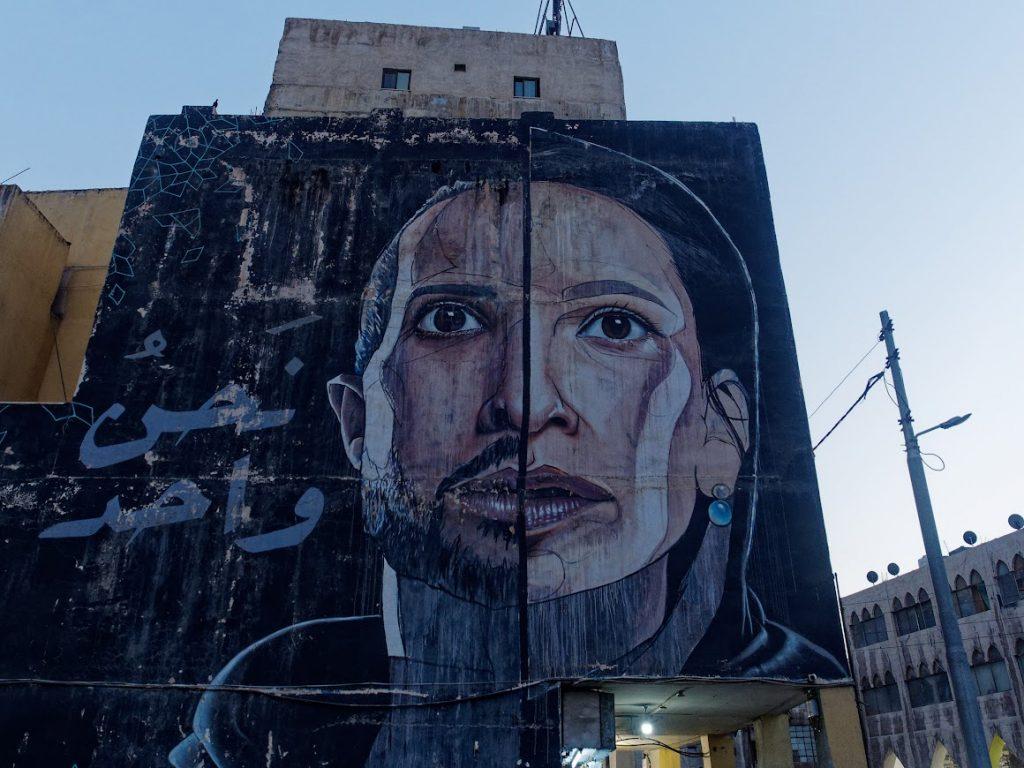 In the evening, after coming back to our hotel, we were sitting together, talking, and laughing a lot! We also discussed our plan for the next day.

Unfortunately, the following morning gave us a sad surprise. Someone hit our car and we needed to wait 2 hours to have things arranged and be able to leave. After this little inconvenience, we headed to Mount Nebo. As a curiosity, it’s mentioned in the bible that Moses ascended Mount Nebo and from there he saw the Promised Land, which God had said he would not enter.

Later, we went hiking in Wadi Mujib. The canyon was breathtaking! 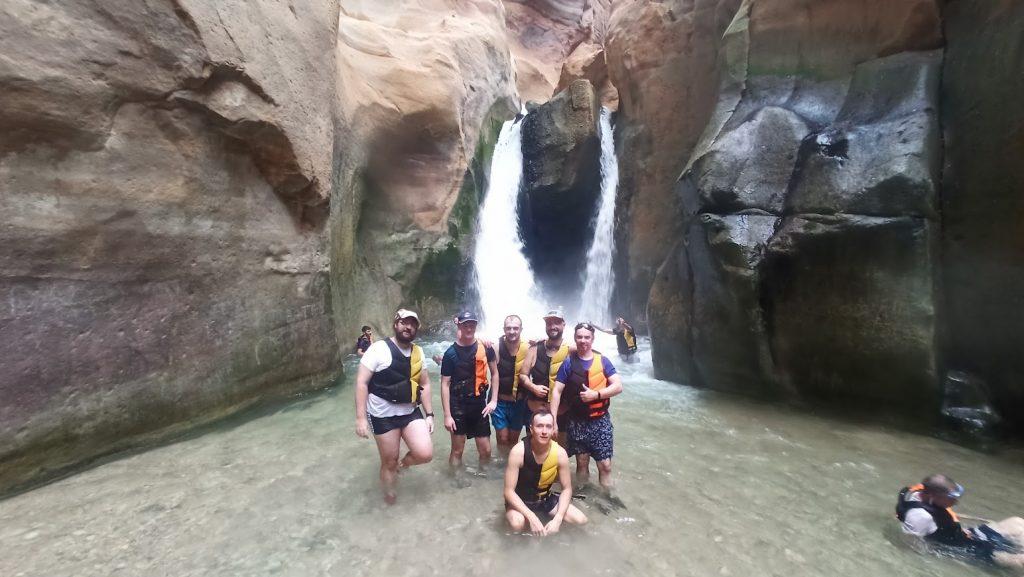 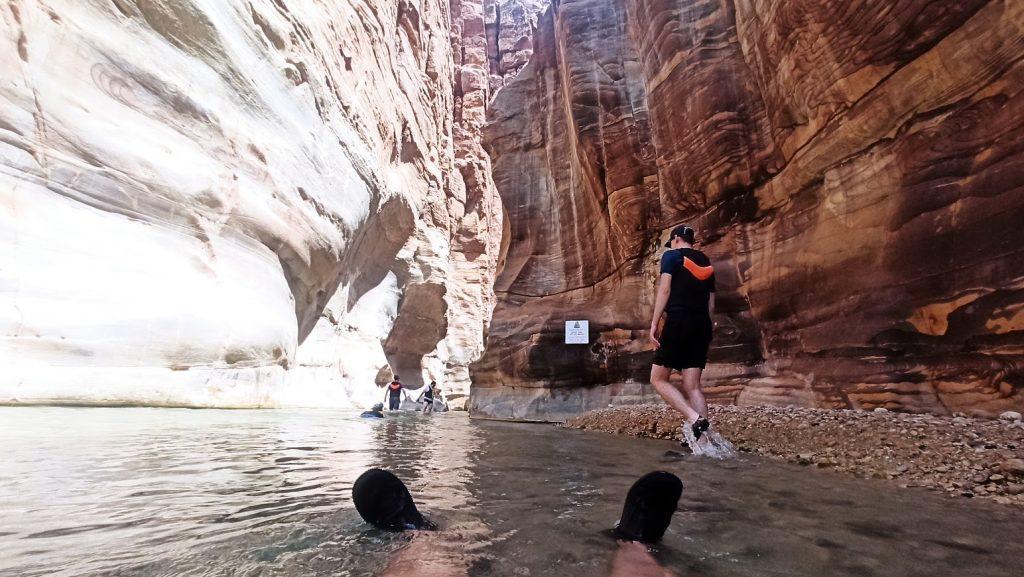 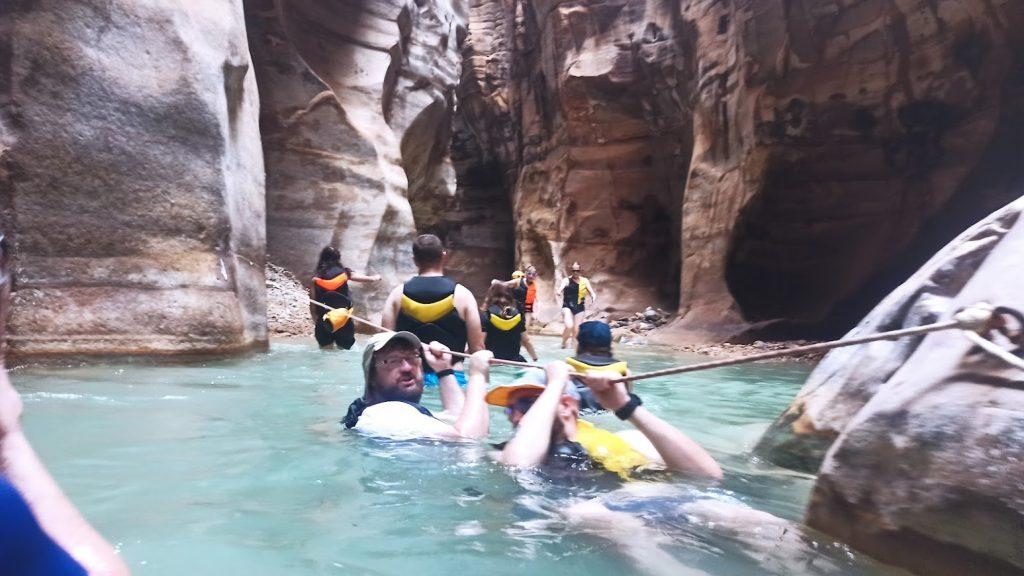 Just after the canyon trip, we went for a short swim in the Dead Sea. It was fun! 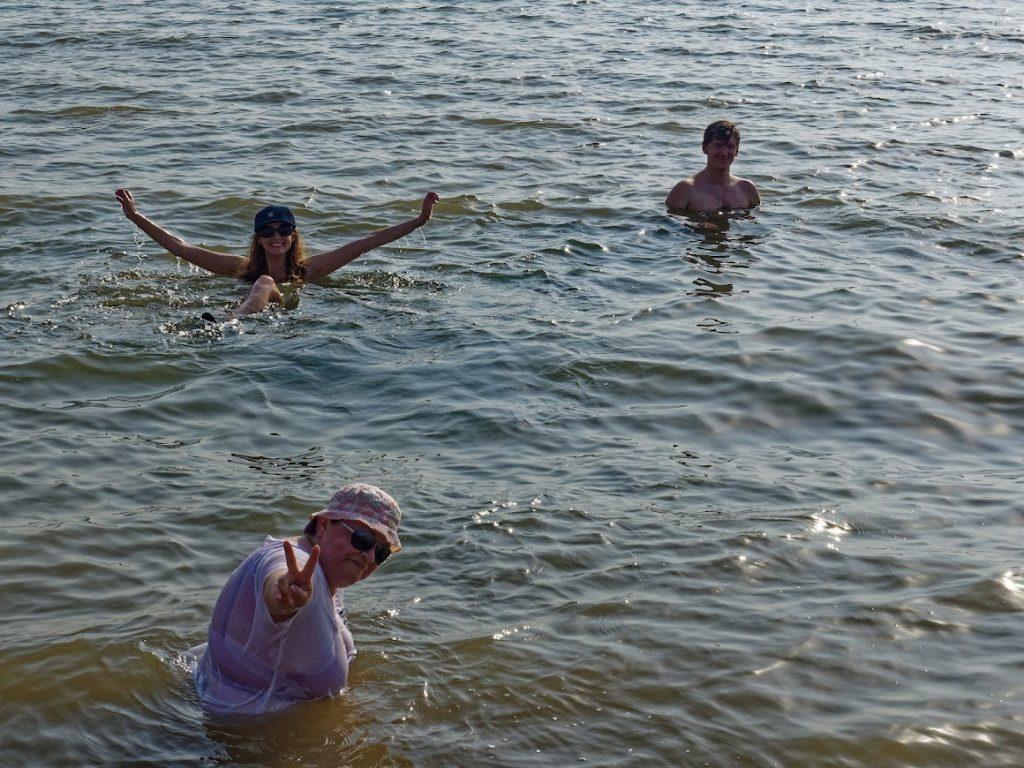 After, we headed to Wadi Rum, where we were planning to spend a night in Bedouins’ tents.

We were really impressed by the place. Before sleeping we were sitting next to a fireplace, talking. When the light of the fire went out, we could admire the sky strewn with stars. In total darkness, far from the city light, the sky looked amazing. 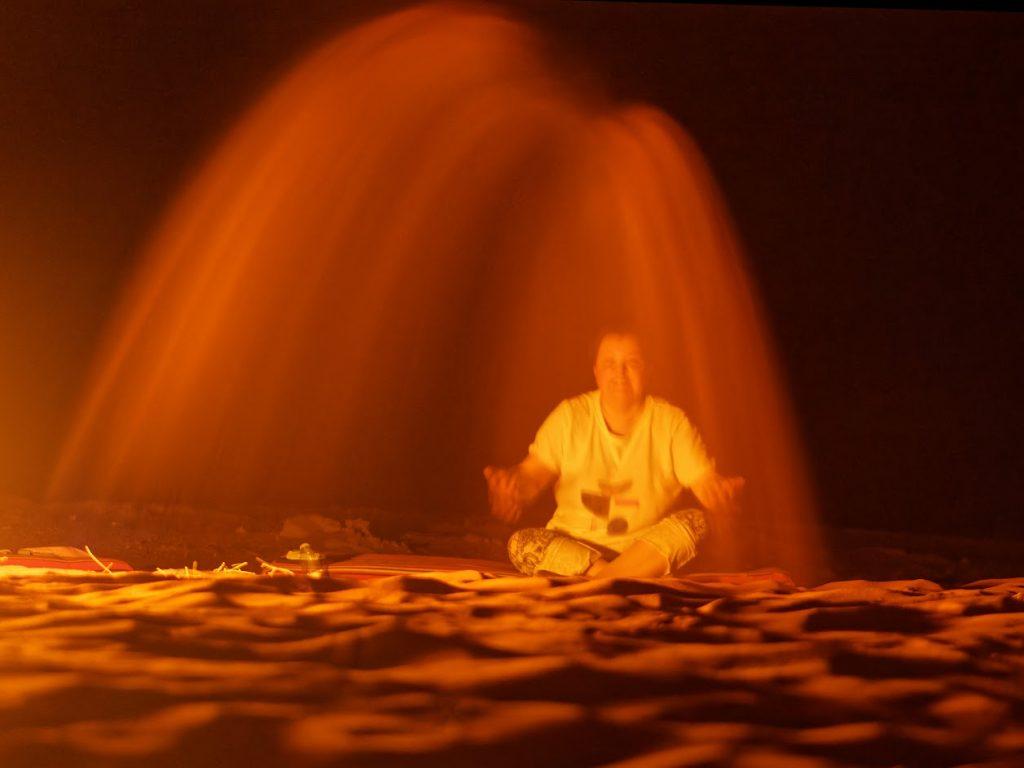 Later, we took our beds out of the tents and all of us slept outside, just under the stars! How awesome is that! 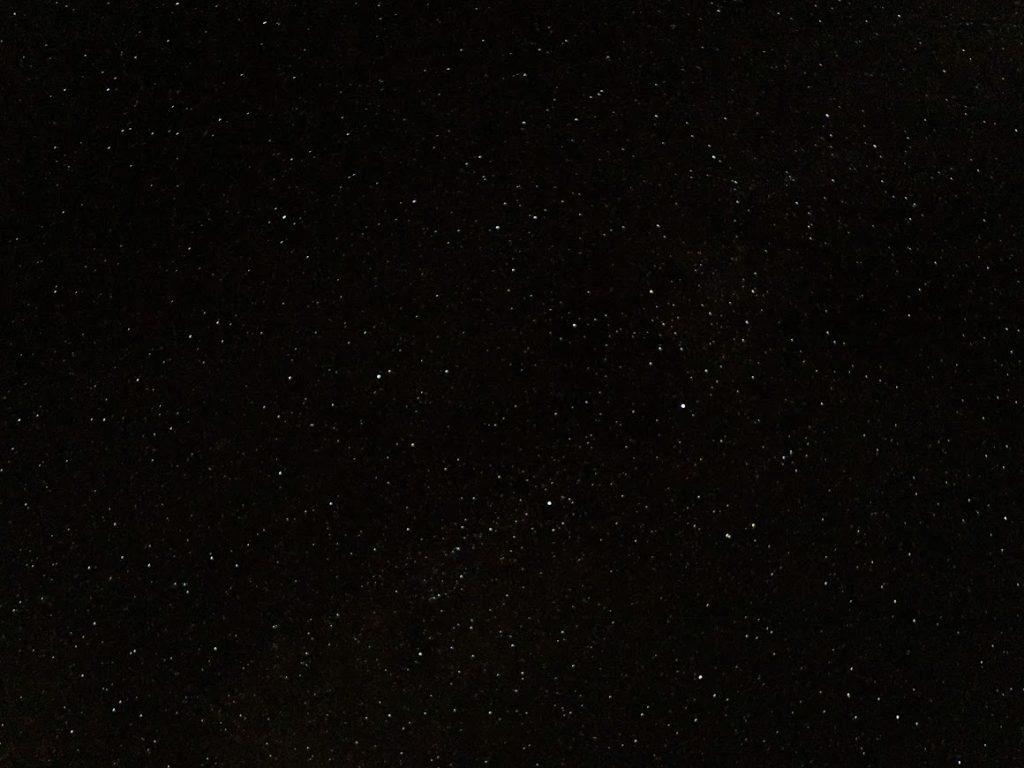 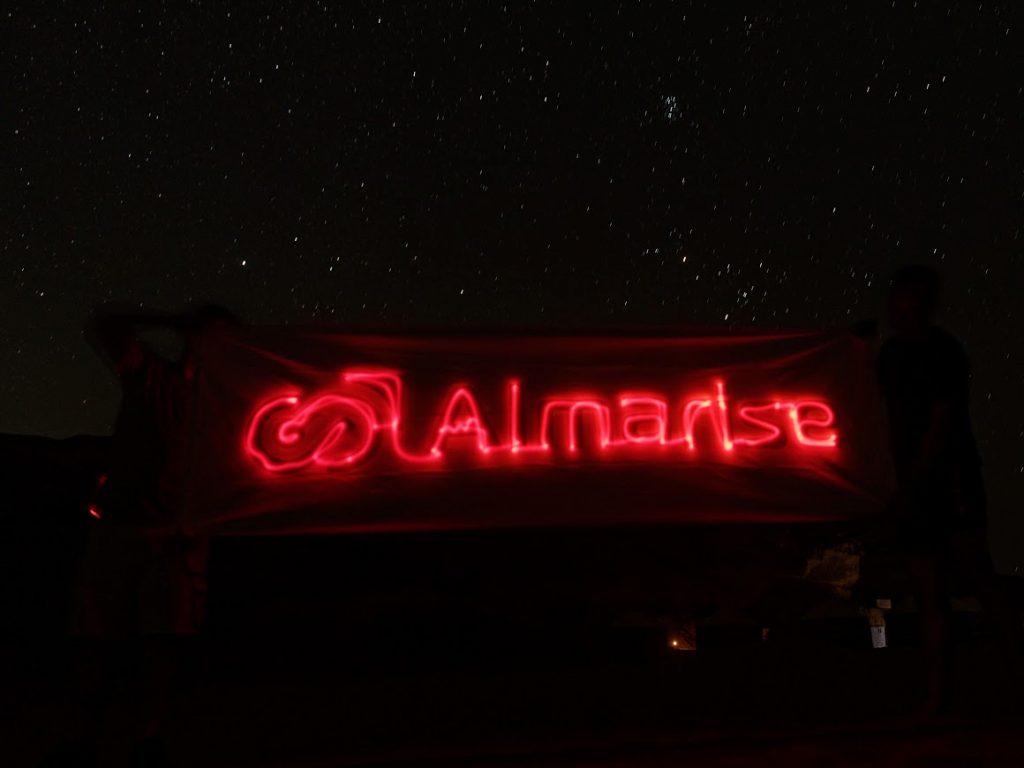 The next day morning we went on a trip to the desert. We saw the places where the film ‘The Martian’ was shot. 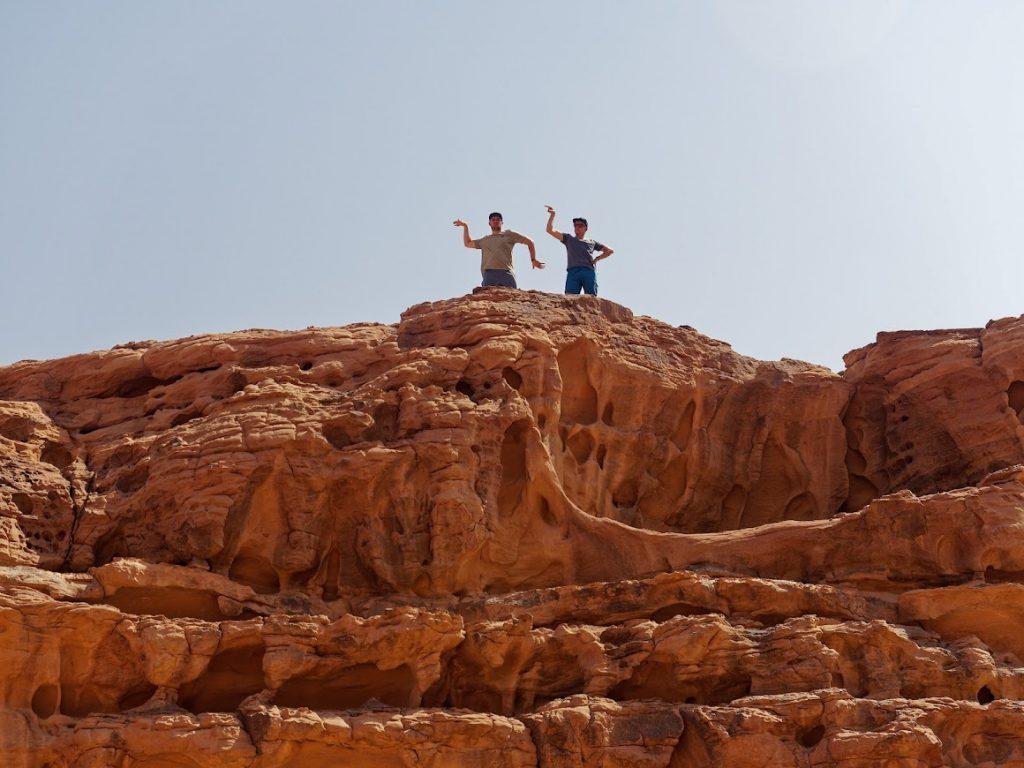 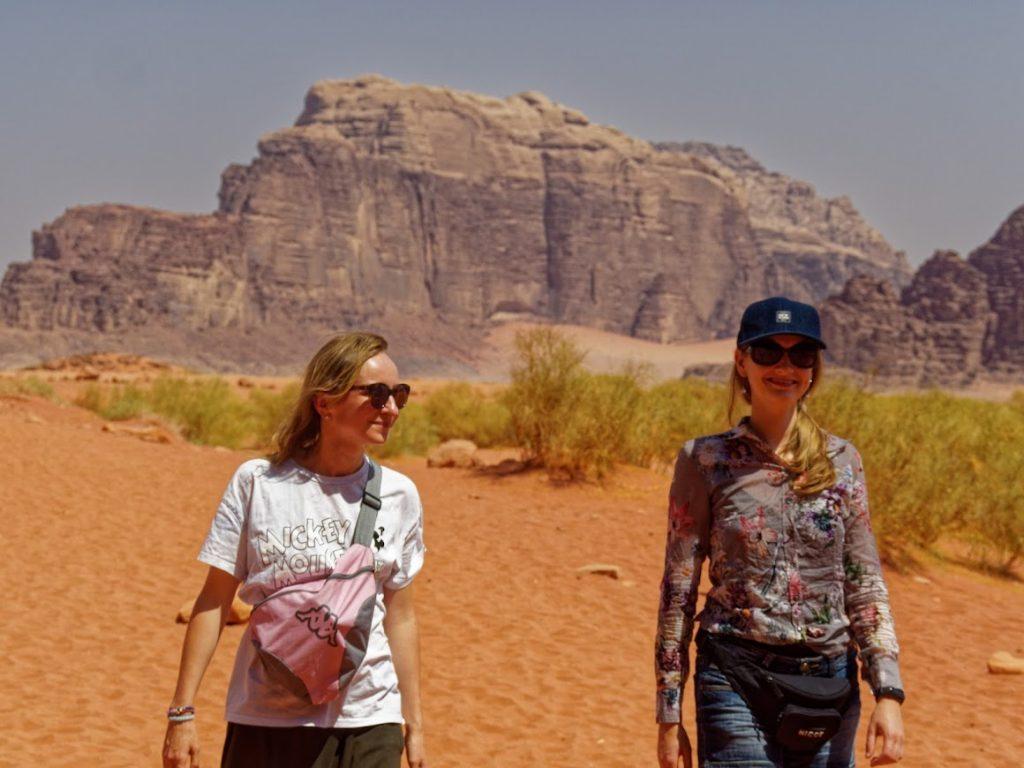 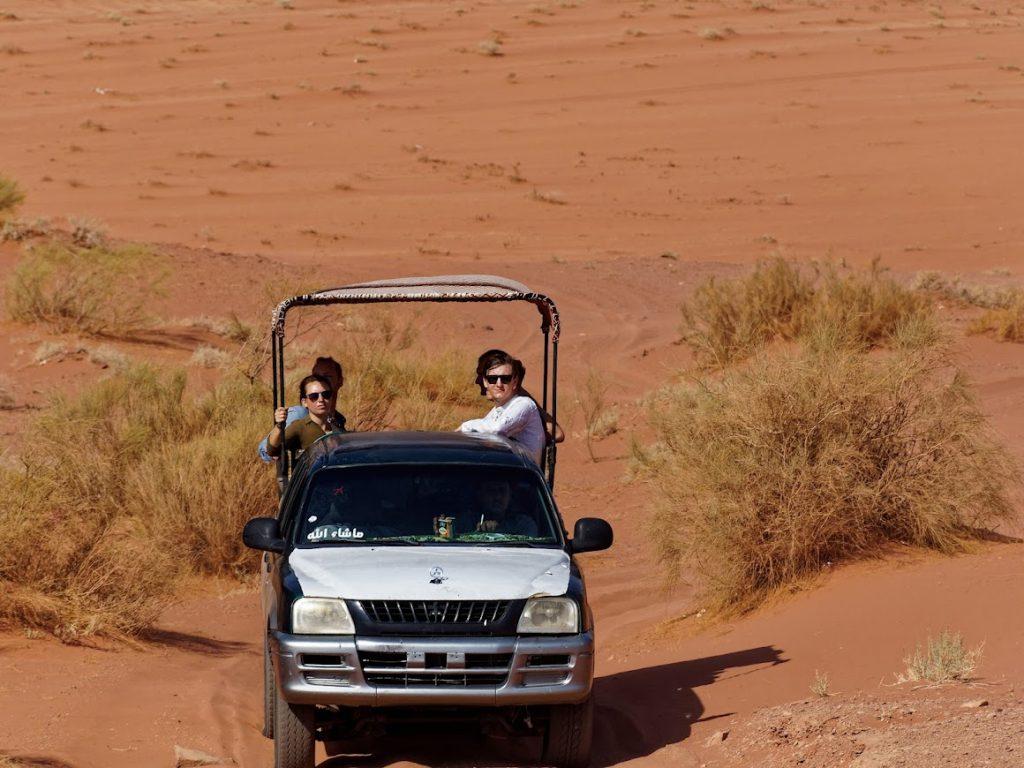 After, we headed to Petra. It’s a historic and archaeological city in southern Jordan. The area around Petra has been inhabited from as early as 7000 BC, and the Nabataeans might have settled in what would become the capital city of their kingdom as early as the 4th century BC. 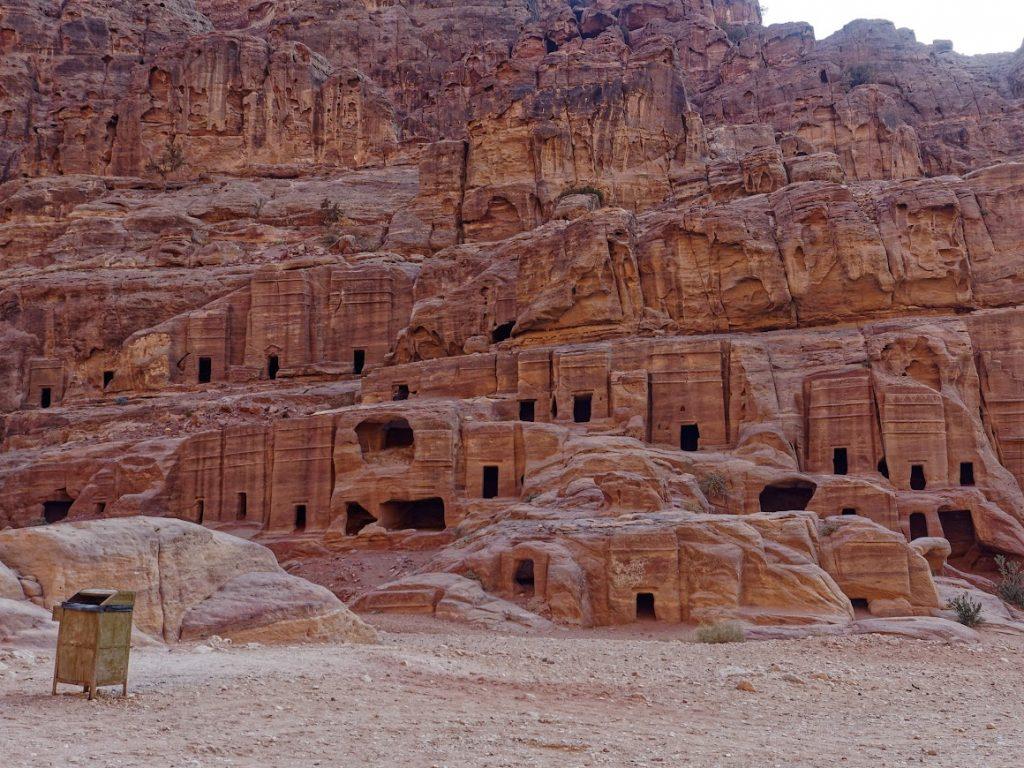 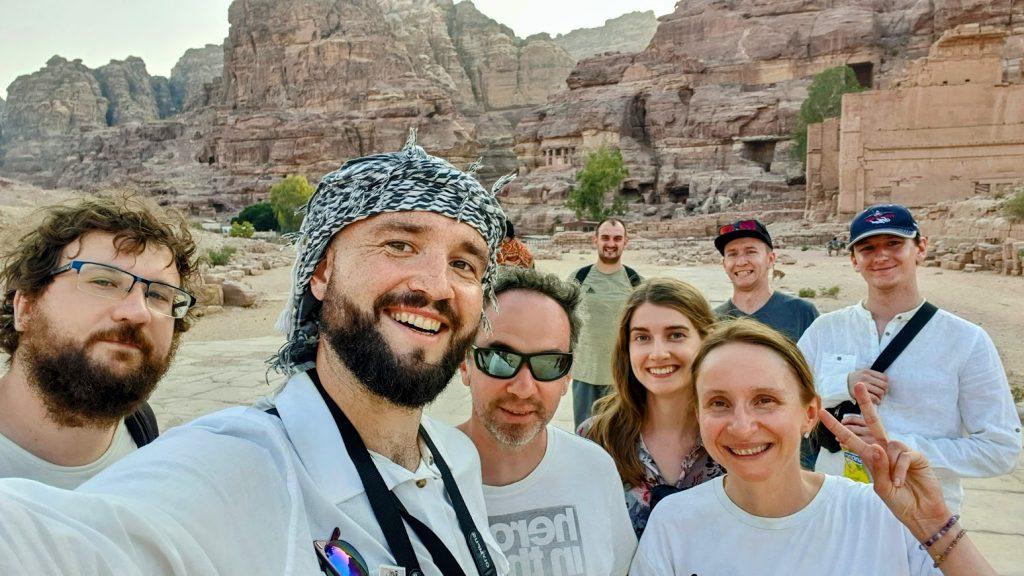 Unfortunately, it was the last stop of our trip. We needed to come back to Amman from where we had our flight the next morning.

To summarize the whole trip – it was really awesome!!! We had a chance to get to know each other better (some of us have never met before in the real life, just online). We also discussed some important company topics and how to approach current challenges. 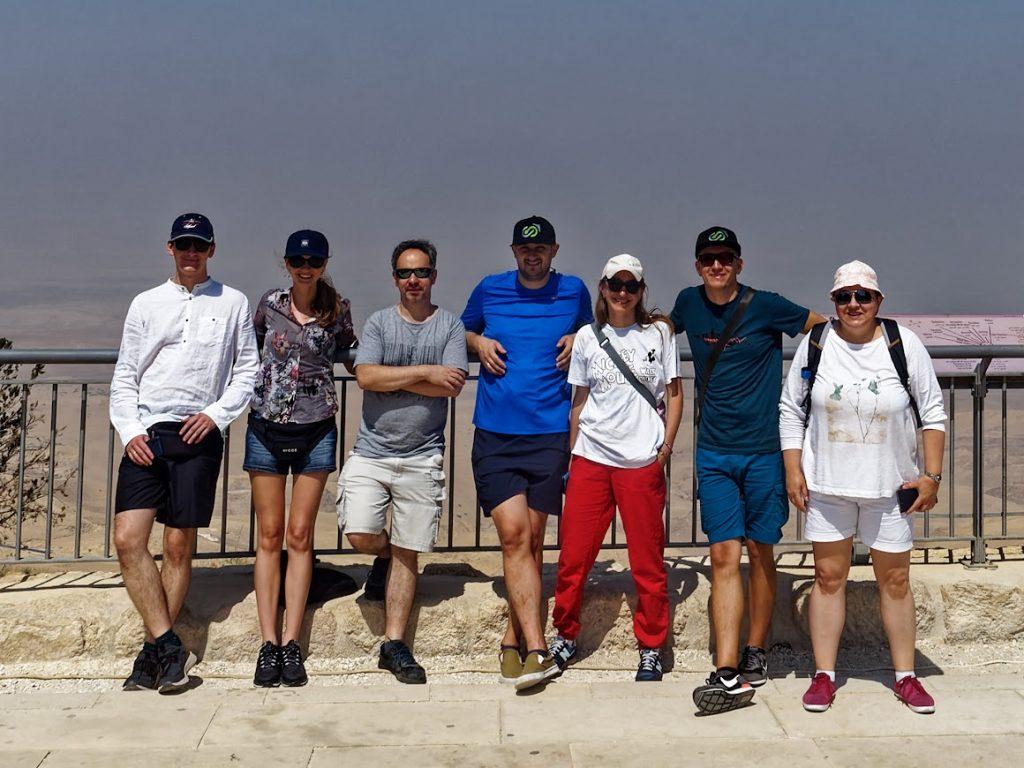 About the Author: Ariana Kaya